Have you had Hard Knox’s February pizza special? The Frussie is one of a kind!

We partnered with Frussie’s Deli to collaborate and create a unique pizza. We took the traditional Reuben sandwich and turned it into a pizza! With a white sauce base, thousand island dressing, mozzarella and swiss cheese, house smoked pastrami, sauerkraut and caraway seeds, The Frussie is undeniably delicious.

Jay Brandon- owner of Frussie’s, a delicious deli in downtown Knoxville, has been a fan of Hard Knox for years and loves a good pizza just as much as the next guy! So he wanted to take an opportunity to get involved with Hard Knox and create something really special. Jay reached out to Alexa and the collaboration began!

Jay shared that sometimes when there are scraps of dough at the deli, they roll them out into a flatbread or a pizza to create a Reuben pizza. Alexa loved the idea and they began to roll with it. Jay, Alexa, and Quan spent an entire afternoon in the Hard Knox kitchen working to create the perfect combination of ingredients for February’s special!

Typically, Reubens have corn beef on them as the meat. So the first try, Jay, Alexa, and Quan put corn beef on the pizza. Jay said that it was good, but not quite perfect yet. So they tried some pastrami instead. The combination of the locally smoked pastrami and Hard Knox’s classic wood fire pizza paired extremely well, and they knew they had landed on the final recipe.

Jay was honored to work alongside Hard Knox to create this pizza. He has had a few pizzas himself and says he just loves The Frussie. He also believes that the collaboration has been helpful with business for both Hard Knox and Frussie’s Deli.

Hurry in before February comes to an end and try The Frussie. You won’t regret it! 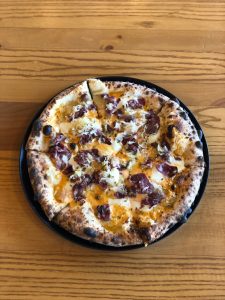 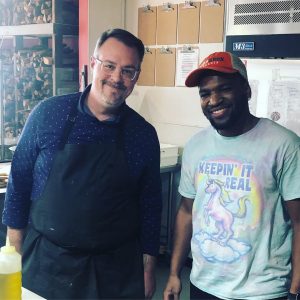 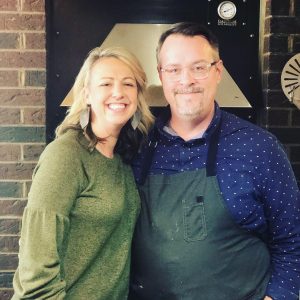