Since 2016, Hard Knox has been a part of the development of an exciting project, and in just a short period of time, The Change Center will officially be open!

How did the Change Center get started? In 2013, Mayor Rogero attended a Cities United conference, a national convening of mayors committed to restoring hope to their communities and building pathways to justice, employment, education, and increased opportunities for residents. Additionally, Mayor Rogero held a summit where she spoke with young people and they shared that when they are bored, they do dumb things. One of the things these young people said they wanted to do was roller-skating. Mayor Rogero helped them plan a skate a party. The students promoted it, planned it, and KAT partnered with the city to provide transportation, and around 250 young people attend the event. When it was over, the teens asked when they could do it again.

Around the same time, Daryl Arnold, the Pastor of Overcoming Believers Church had a large area of space he was saving for additional renovations for the church. He one day felt compelled to donate the 22 thousand square-feet as he was preparing to bury another young person. He showed Mayor Rogero the space and donated it for what is now the Change Center.

What is Hard Knox’s involvement in the Change Center? Alexa Sponcia and her Hard Knox team came on board in 2016 and have been a huge part of the process in creating the Change Center Café, including the design of the commercial kitchen and menu creation.

When we interviewed Nicole Chandler from the Change Center, she shared that Hard Knox has already poured hundreds of hours into the change center, ensuring the café had the right equipment, getting them connected with vendors, and helping make sure they completed all the required inspections.

As the opening date approaches, the Hard Knox team is spending time training all of the new employees of the café on how to manage the kitchen. The expertise of the Hard Knox team aims to provide a food service that runs smoothly at the Change Center.

Nicole shared with us that she knows once the center is officially open, Alexa and the Hard Knox team will continue to invest into the café. Alexa is committed to ensuring the café is successful.

“We love Alexa and are forever grateful for her investment in the Change Center and her heart to serve. Hard Knox Pizza is a huge piece in something that is going to have impactful change.”

One of the best things about our industry is that is so much more than food. It is an opportunity to serve and connect with people. Opportunities to use our passion for culinary experiences to impact the lives of others, is something indescribably fulfilling. 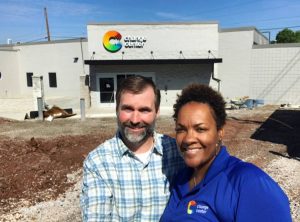 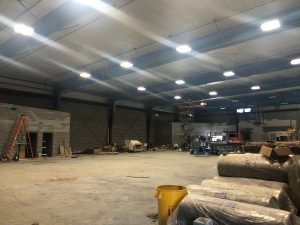 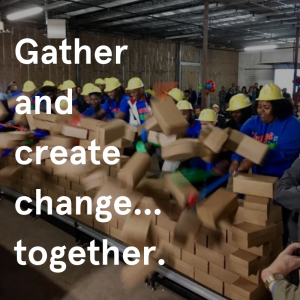 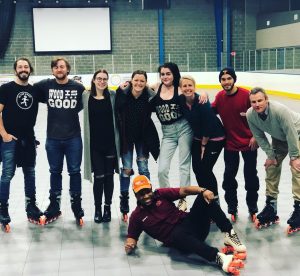