If you know him, you love him- our Kitchen Manager, Quan Evans, is one of a kind! Quan is loyal, determined, team oriented, humble, extremely smart, and one of the hardest workers you will ever meet.

Quan’s journey at Hard Knox began when he was still in high school. Our owner Alexa had developed a program through Austin East High School called “The School of Hard Knox.” Quan was a part of the program, and from the day she met him, Alexa loved Quan. She encouraged him to apply for a position at Hard Knox. And on January 6th2016, Quan was officially a Hard Knox team member, serving a front of house position. Over time, Quan has diligently and deservingly worked his way up to a position as Kitchen Manger.

As our Kitchen Manger, Quan truly does a little bit of everything. He generates culture within the store, and takes care of operational tasks such as ordering, inventorying, training others, and scheduling. While he loves every part of his position, his absolute favorite thing is cooking! He loves the art of food and getting to look at a finished project and say “I made that.”

Quan proudly stated that the people who make Hard Knox run, are simply the best people in the world. He wakes up excited to go to work every day, knowing that each day will be different and fun. “Hard Knox is my home.”

Alexa shared that Quan is the type of person that everyone loves and who loves everyone in return. “He’s the guy who stops by the store on his day off, simply to say hi, and ends up just jumping in the line to help out.” Quan would do anything for the store and anything for the people who are a part of it.

What Alexa finds most admirable about Quan is his work ethic. She shared that Quan never complains or hesitates to dive in, no matter what is asked of him. She believes that he has been able to grow and become a man he has every right to be proud of, purely based on his never ending determination. Not only is he hard working, but he always executes. You ask Quan to accomplish something, and he figures it out. He doesn’t give up until it is executed correctly.

Quan is a silent leader, a person who leads by example in the way that he works and lives his life. Until you work alongside, you don’t fully understand what a gift Quan is. Alexa is humbled to work alongside Quan daily as he grows to his fullest potential.

“Since I started working at Hard Knox, I have had a complete 180 in my life. The culture here has created room for me to be the best that I can be. It has allowed me to mature in grow both in and out of the kitchen. It is a relief to know I am a part of something as great as this restaurant.”

What has kept Quan coming into work every day the last 3 years is the love the people at Hard Knox have for him. Quan knows that every person on the team sees growth and potential in him, which enables him to succeed. Because he knows Alexa genuinely believes in him, he knows that it will continually be a place he can grow and make an impact.

Starting at the beginning of the year, Quan is starting a new position as the District Kitchen Manger, where he will not only be leading the Hardin Valley Kitchen, but he will be leading the Bearden Kitchen as well. We have loved seeing all Quan has accomplished over the years, and we can’t wait to see him take on this role. 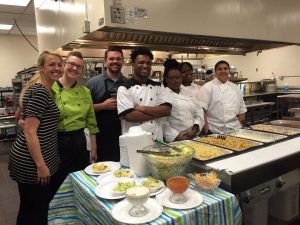 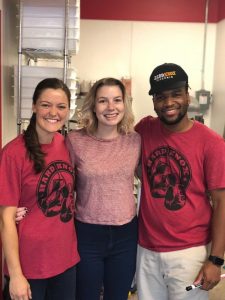 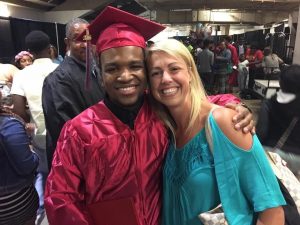