2 Chicks and a Farm

Introducing one of our awesome partners- 2 Chicks and a Farm!

2 Chicks and a farm is a local farm that provides naturally grown (and delicious) produce. It all started back in 2012 out of Dandridge, Tennessee, when these two woman decided they wanted to start a small garden to sustain themselves. At the time, there were not a lot of naturally grown options in Jefferson County that weren’t ridiculously expensive, so they decided they wanted to do their own thing!

After their first year they had an abundance of extra produce, which led them to the decision that they would participate in selling at the Dandridge Farmers Market. One of the partner’s sons (who was 13 years old at the time), really wanted to partake in the farmers market to make some extra money. What started as an opportunity to teach this teenage boy life lessons about working, ended up being a huge part of their life!

2 Chicks and a Farm quickly started developing a really good following at this market. They found that people loved the fact that they were growing all their produce naturally while keeping their prices reasonable. Their catchy name, that represented the female owned farm, also drew people in. As their following continued to grow, so did they! In 2014 they began selling at the Market Square Farmers Market.

Alexa Sponcia, owner of Hard Knox, came up to their booth one week and started talking with the women. A mutual respect between Hard Knox and 2 Chicks and a Farm was developed almost immediately. Both being small, female owned businesses with the intention of impacting their community, it was obvious a strong partnership between the two could happen.

The first appearance of 2 Chicks produce at Hard Knox was tomatoes in the Caprese Salad. The Hard Knox customers loved this and received a super good response rate to the dish. Today, 2 Chicks delivers one box of tomatoes to each Hard Knox location, every in-season week! On occasion, 2 Chicks will provide other produce for our monthly specials! (Did you love the Philly Frazier? Those onions and peppers were grown at 2 Chicks!)

Hard Knox was the very first restaurant partnership for 2 Chicks, which has left a special mark on them. From day one, it has been a really great partnership. The ladies of 2 Chicks shared “We are so thankful for Hard Knox. We love their community involvement and how much they support local farms. We just really love providing produce for a company that stands for the things Hard Knox stands for.”

2 Chicks recently bought another 18 acres of land for their farm where they have built a farm home and a packing and sorting facility. They have the hope of one day being a farm where people can come out to visit and see what they are doing and see how sustainable growing practices work. 2 Chicks is a place of continuous growth and their future is so big!

Thank you 2 Chicks for your partnership with us and helping us provide an unforgettable dinning experience for our customers!

Be sure to check out all the places 2 Chicks sells their produce at! 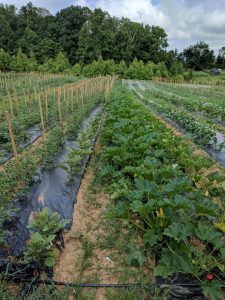 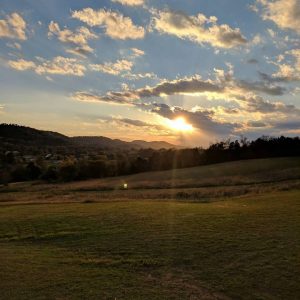 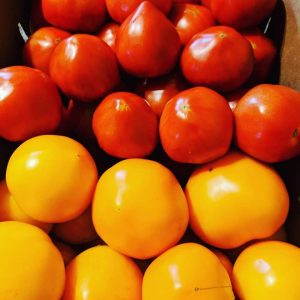 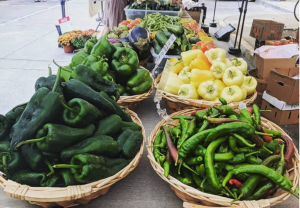