This week we have the special privilege of introducing you to our Hardin Valley General Manager- Grace McMichael!

Grace is a special soul that has a large impact on both our customers and employees. This week we spoke with both Grace and owner Alexa Sponcia to gain a better insight into what makes Grace such a crucial part of Hard Knox.

Grace was actually Alexa’s very first hire after she bought Hard Knox in 2014. While finishing her degree at the University of Tennessee, Grace worked at the counter to make some extra money. Alexa proudly shared that from day 1, people followed the example Grace set. “There’s just something about Grace. People want to follow her, be around her, and work for her. She is a natural leader.”

After graduating, Grace spent time traveling around the world. When she returned, Hard Knox reentered her life, as she become a server. Grace quickly worked her way from the bottom to the top, eventually taking over the Bearden location. Alexa stated that as she became the General Manger of the Bearden location, Grace took what Alexa had created and made it even better. She generates good culture and has become one of the most extraordinary leaders Hard Knox has ever had.

We asked Grace what qualities she feels contribute to her being a good leader. Grace was quick to answer that most of the traits she possesses as a leader are ones that she implemented from learning under Alexa’s leadership. Grace takes the initiative to make sure that people are trained well and that they know exactly what is expected of them. She shared that Alexa has always been great at communicating her expectations, so under Alexa’s leadership she always is able to walk away from a conversation saying “Awesome, that’s what you expect, so that’s what I am gonna do and then I am gonna do it better than you expect.” Grace shared that Alexa wants her employees to thrive and that although she has high expectations, she gives you the tools you need to succeed. Because of the way Alexa has led Grace so powerfully, Grace now tries to train the people under her in that same way. She wants to give her employees that same experience.

Alexa shared with us that she always tells her leaders not to ask their employees to complete a task that they wouldn’t do or haven’t already completed at some point. Grace continually demonstrates that.  “Grace is the first one to wash dishes, bus a table, and get her hands dirty. When you have a leader who is a hard worker, it makes you want to work hard.” Grace shared that she strives to stay an example in all ways and that her time at Hard Knox has really honed her leadership skills.

Not only does she impact our other employees, but she is a person our costumers look forward to seeing. She exceeds their expectations. Grace is the type of person who sees a family walking in and grabs a high-chair before they even have to ask. She genuinely cares about all people. She fulfills our mission of leaving our customers with an unforgettable culinary experience, daily.

Grace loves the food, the people, and the quick moving environment at Hard Knox. But what she loves most about Hard Knox is that it is more than just a restaurant. She shared that the Sponcia’s have created a family and that the values and training Paul and Alexa are providing here are things employees can truly take and implement anywhere in life. Grace shared that the environment they have created at Hard Knox allows for people to come and genuinely learn how to be a good employee and an even better person. And that’s what makes every day at Hard Knox so incredible.

We are so thankful for Grace’s deep care for our employees and customers, her example of what it means to work hard and selflessly, and the fun spirit she brings to Hard Knox! She is truly one of a kind! 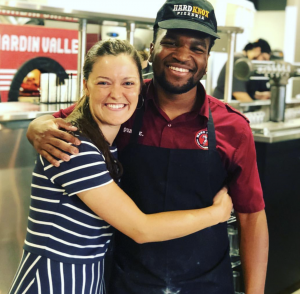 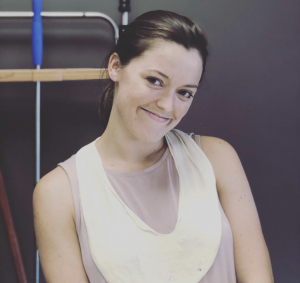 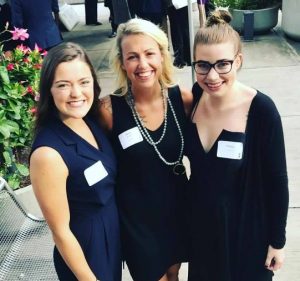